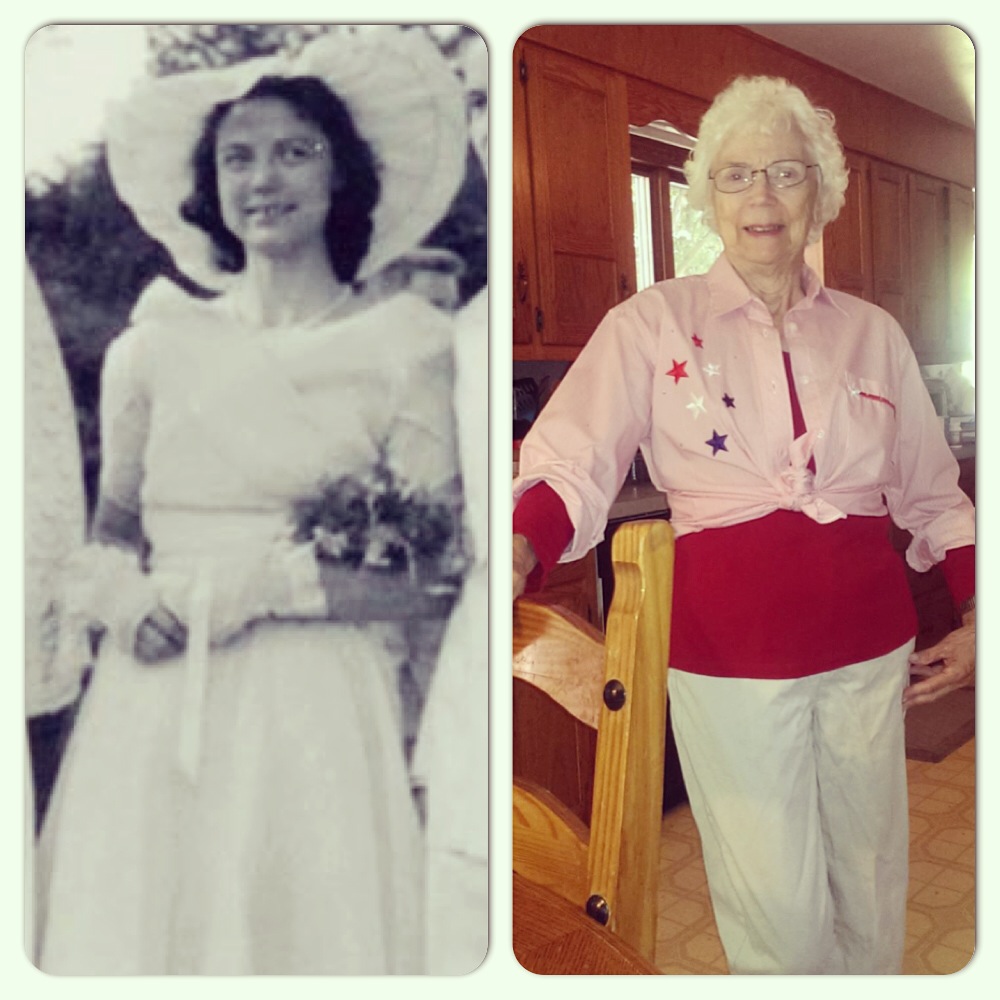 I would like to nominate my grandmother, Mary Elizabeth Redding Nicholls, as a living legend. Grandma Mary was born (New Years 1928) and raised in rural Ohio and attended Northwestern School District. Upon graduating from high school, she wanted to join the military as a nurse, but was dissuaded by her older brother (also serving in WWII) who said she should go to college and he would foot the bill. She ended up going to the College of Wooster and becoming a school teacher for Northwestern (retired in 1990). She is the mother of five children, ten grandchildren, and eight great-grandchildren. Though she has been retired from teaching for 24 years, she has been a yoga instructor for nearly 30 years. She teaches four yoga lessons a week to senior citizens, many of which are younger than herself (now 86). The photo shows her at her brother’s wedding in 1951 at the age of 23 and her on July 4, 2014 at age 86. She is a wonderful lady who touches the lives of everyone she meets – Grandma Mary truly is a living legend!