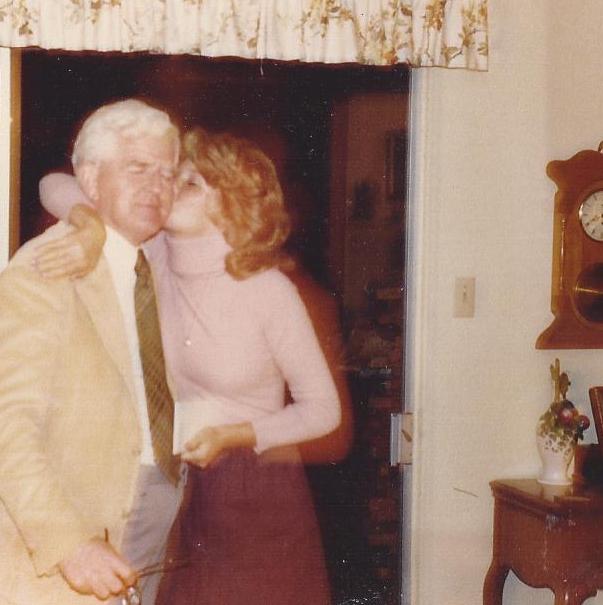 A Way to Never Forget

As the afternoon sun poured through the sliding glass window, I Velcroed my nine-year-old body against the kitchen wall to feel its warmth. It dripped down my tummy like hot fudge over vanilla ice cream. I closed my eyes and prepared to daydream, but as the darkness engulfed me, fear overwhelmed my thoughts.

“Mom, what’s it like to be dead?” I probed tentatively as she prepared dinner.

She looked over her shoulder, penciled eyebrows in a perfect arch, and giggled, “I have no idea. I’m not there yet.” She must have noticed by the look on my face that this wasn’t just any ordinary childish query. She quickly added, “Our faith tells us it’s beautiful.”

“Do I have to wear white and do I really get wings?” I wondered aloud, looking in her direction.

“Does that sound nice?” Wiping her hands on her cherry-dotted apron, she moved away from her work at the sink to come face-to-face with me.

Confused, my mom pulled up a chair and gathered me into her arms. Didn’t every little girl want a snowy colored gown and gossamer wings ?

“White’s boring. I like the wing part, but I want pink.” Finally feeling brave enough to reveal the real reason behind my questions, I asked, “What if it’s all a lie and there’s nothing there?”

Stunned, she hugged me tightly and allowed my moment of internal combustion to finish igniting. Mopping up the tearful explosion with my sleeve, I whispered, “Will anyone remember I was here ?”

Her kiss on my cheek was enough to comfort me that afternoon. A day later she provided me with a tool that would alleviate my anxiety over ever being forgotten: a white, leather bound diary, complete with gold key. And so began a fifty-one year love affair with journaling .

In the early days, before life became complicated, I wrote of play dates and toys I wanted for Christmas. Entering the teen years, my main topic for discourse became elaborate schemes to get a boy, any boy, to notice me. But as I matured into a woman, the entries became profound, rich in thought and reflection. I had fears, I had concerns, I had dreams, and I wanted them saved so my children would truly know their mother.

Many years later after becoming a published author, I spent time reading the articles I wrote for my column in our local newspaper, The Los Altos Town Crier, to my aging father. He particularly loved the ones pertaining to him and each time I said his name out loud, his eyes lit up as if I’d just handed him a giant chocolate chip cookie.

Like his daughter, Jack Madden had his own fears about dying. Sins needed to be reconciled. There was one particularly daunting question: where did God stick all the people from the beginning of time? (My dad hated crowds). And finally, would he be remembered? Did his life matter?

Throughout our time together, dad and I made several promises to each other. I swore I’d always be a good girl and he vowed to love me no matter what mischief I got into, even when I grew to be an adult and should’ve known better. In the wake of his passing, I know there’s one left for me to keep.

I’ve been told there are three stages to dying. The first is when the last person you know dies. The second is when you pass, and the third, when no one says your name anymore.

As his passing drew near, I told him I was writing a book about the two of us. It would be a memoir of two souls who made a pact, despite the consequences, to always care for one another. My dad was truly one of a kind. He was the closest thing to an angel I ever knew. Writing our father/daughter memoir was a way to keep his name alive long after he was gone. When I told him of this promise, he pulled me close, and said, “I love you, honey” with a look of genuine gratitude in those eyes that had always played a loving violin concerto to my heart,

The written word is a powerful keepsake, be it in a letter or story form, though it seems we’ve forgotten how to do it in today’s new wave of technology. We want information instantaneously, then seem to forget it just as quickly because often it’s not saved. Reading through old diaries of my mother and grandmother, holding a piece of their life in my hands, I discovered it’s not hard to keep someone alive forever . All it takes is a pen, a piece of paper, a little thought, and a place for safekeeping for future generations to learn about someone who has gone before; a beautiful way to never be forgotten and a loving way to keep them alive forever.