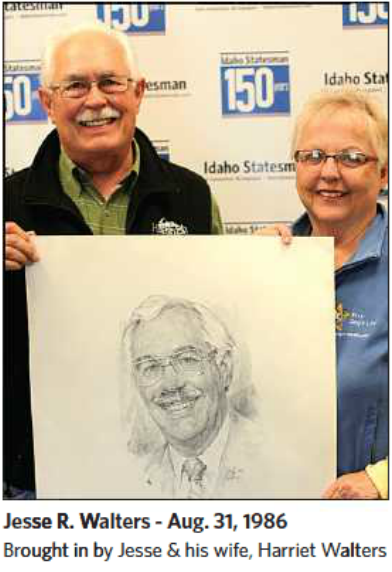 In 1986, someone nominated Jesse Walters to be a Distinguished Citizen in the Idaho Statesman.  John Collias, the artist, drew the portrait.  He did hundreds.  This year is the 150th year of the Idaho Statesman, and they asked that anyone who was a Distinguished Citizen bring their picture to the Statesman and have their picture taken.  Kind of a then and now.  Jesse and I went to the Statesman and they took the picture;  they included me also. They have been putting them in the Statesman for the last six months. Our picture was in the paper in early August. We really enjoyed it.