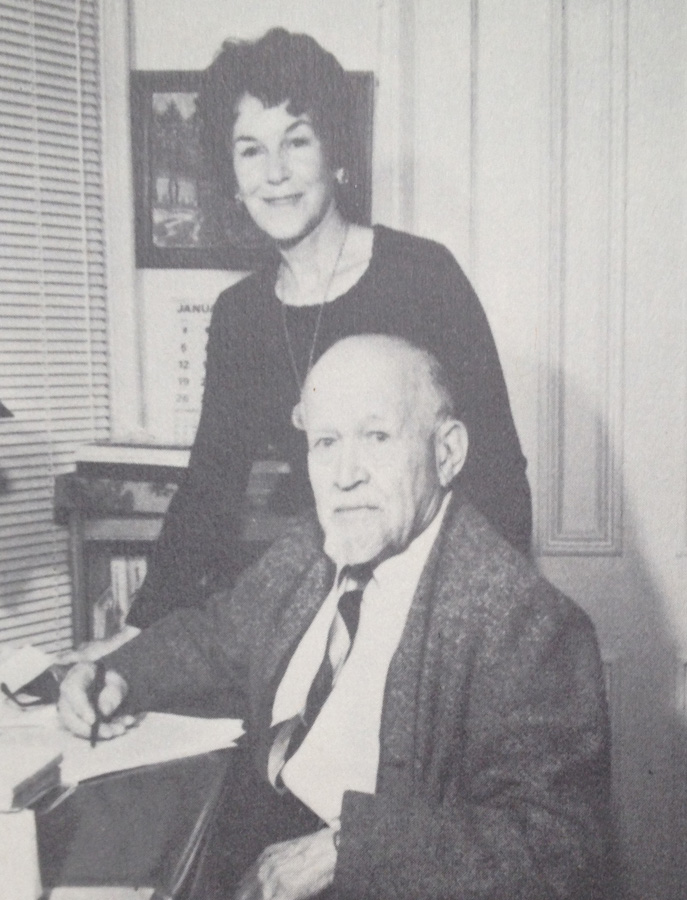 I was asked to honor my living legend, but I picked two. I could never do them justice, but I will try. I’ve been lucky. I’ve had a good life. And I owe much of that to my grandparents, Fiona and Richard. They were an unlikely couple. We used to wonder how these two very different people ended up together and married for so long. But eventually, we figured it out. My grandparents may be very different, my grandfather is straight-laced and stoic, and my grandmother is chatty and colorful, but they share a passion that has been the glue of their marriage for almost 65 years. My grandmother immigrated to New Jersey from Florence, Italy when she was 15, and my grandfather was born and raised in a small farming town outside of Philadelphia. They both worked for a publishing house in New York when they were young, which is where they met and, at least according to my grandfather, fell in love at first sight. They both loved to read and write, and they decided as a couple to volunteer to help underprivileged children and adults learn to read. Grandfather swears that he didn’t do it to get grandmother’s attention, but we’re not so sure. Anyway, my grandmother quit working at the publishing house when her first child was born, but she continued her quest to bring the joy of reading to as many people as she could. She and my grandfather started a program through their local library and offered free reading classes to the community. They also ran book drives to get people to donate their used books to those who couldn’t afford them. Both programs were a huge success. Even after they moved from the East Coast to California once they retired, they continued working with literacy programs. They have spent most of their lives teaching others, and for that, they are the type of people I believe deserve the title of living legend.