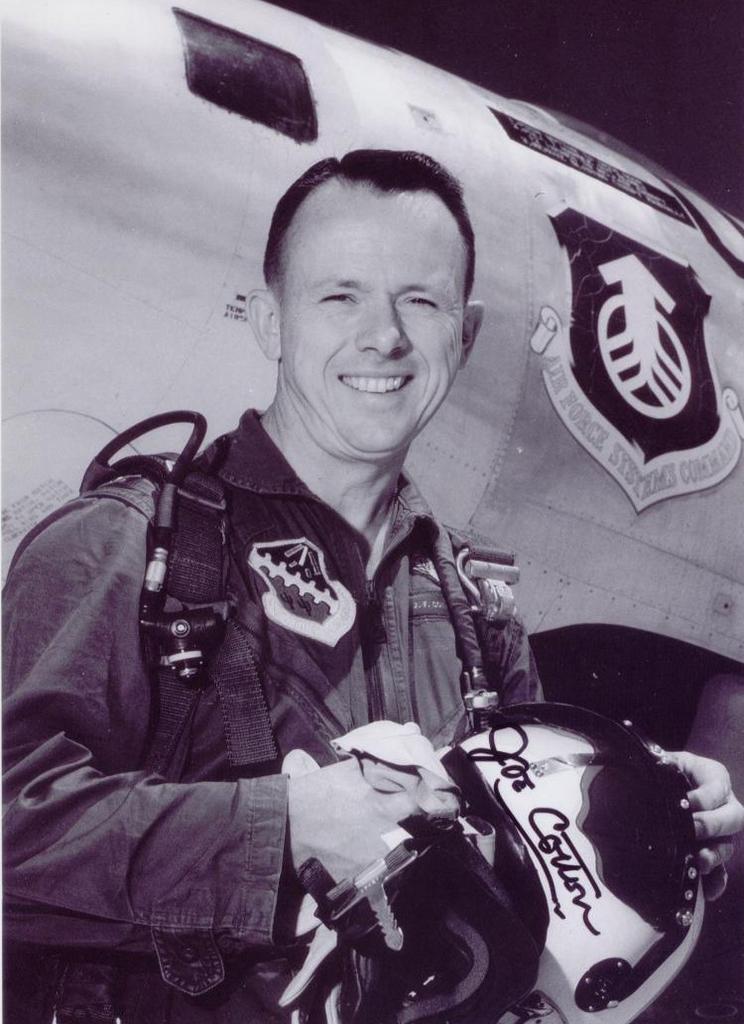 My father has always been a legend in my eyes. Colonel Joe F. Cotton started his flying career in the Bell RP-63A, the “flying pinball machine”, which was developed as a flying target for bomber crew gunnery practice. He was always living life on the edge of his seat. His flying time totals 16,000 hours in over 80 different types of aircrafts from his start in the Army Air Corps in 1942. In 1966, my dad was named Pilot of the Year, among other awards such as the Legion of Merit, Air Medal, Air Force Commendation Medal and the Aerospace Walk of Honor. Above all, he is a loving husband to my mother, Rema Cotton, and a wonderful father. He is a true living legend.